Searching for the Perfect Sateen Sheets? Read Our Buyer's Guide.

THIS WEEKEND ONLY: Receive a Free Set of 4 Venezia Dinner Napkins with any $500+ SFERRA Purchase!

Your cart is currently empty.

From decadent cashmere to stunning marble accessories, SFERRA's newest collection captures the majesty of Autumn with a regal palette of warm, vibrant colors and indulgent textiles.

Spend $500 or More on SFERRA Products and Receive A Free Set of 4 Venezia Dinner Napkins! 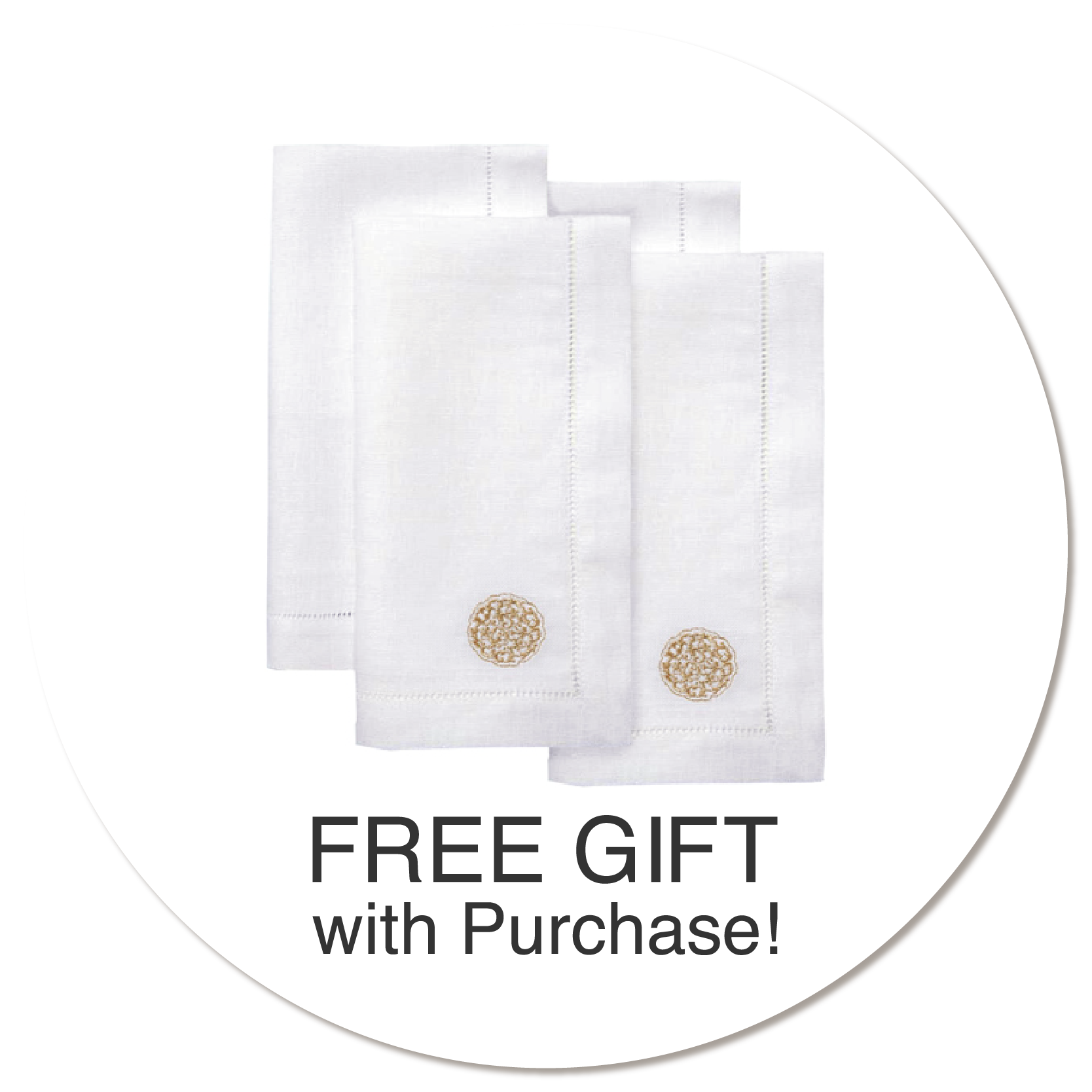 Sferra can custom size their staple sheeting fabrics to perfectly fit mattresses that are not standard sizes. Contact us with your requirements for a custom quote.

Whether for yourself or for an extra special gift, add a delightful touch to Sferra products with personalization. Contact us for additional information and pricing.

The story of SFERRA is not just a history of fine linen-making, but one of family, of determination, and of the American Dream
The Sferra company was founded in 1891 Italy, when Gennaro Sferra first set foot on the cross-Atlantic steamer which would carry him to America. It was a family history of craftsmanship that enabled him to sell the exquisite handmade lace that would become his future.Capturing the fashion of the day, he sold Italian lace, collars, and cuffs to society’s tastemakers as they vacationed at seaside resorts up and down the East Coast. This established Sferra’s reputation for offering only the finest and most exclusive fine linens. With continued growth and a change in ownership, the company originated ever-more-luxurious advancements, those prized enough to become the in-flight bedding for Pope John Paul II, the elegant table linens of Reagan-era state dinners, and the de rigeur bedding found in celebrity linen closets.
In 2001, after two years of development and refinement, Sferra introduced the first-ever 1,020-thread-count linens, which were heralded as “turning the linen industry on its head.” In 2008, the company debuted a world-exclusive Egyptian cotton bedding with its suite of SFERRA Giza 45® Collections. These were woven from a special genus of extra-long-staple cotton, revered as the rarest of all fine cottons known extravagantly as the ‘Queen of Egyptian Cotton’. The percales, sateens, and jacquards woven from this cotton have taken up residence in the company’s pantheon of best sellers, developing a devoted and loyal fan base of fine linen connoisseurs throughout the world.
In 2004, the company evolved the brand name to the singular and more easily recognizable, SFERRA. And so, from a humble Italian immigrant pursuing the American Dream to the preeminent dreamers of innovation, SFERRA will always live at the forefront of craftsmanship and luxury.

The majority of Sferra products are stocked and ship within 2-4 business days. Expedited shipping is also available if needed (contact us prior to placing your order for a shipping quote). If an item purchased is back ordered we will contact you as quickly as possible to notify you of the expected ship date.

Items that are custom made to order, this will be noted in the product description, require 8-10 weeks to ship.

Cool & crisp, Sferra has various wonderful options for percale bedding and we'll help guide you to finding the perfect option for your style and comfort.

How to Measure for a Tablecloth

No matter the style, all well-set tables have one thing in common: a properly fitting tablecloth. We provide simple steps to finding the perfect size for your table.

Product has been added to your wishlist